It’s summer hockey, sure, but it doesn’t mean the guys aren’t competing. Hard not to when the likes of Ken Holland, Jeff Blashill, Todd Nelson and the rest of the Red Wings’ management team are all watching.

Eliot took a stick to the face from Mattias Elfstrom near the end of the first day of training, but it didn’t stop him from raving about the start of the camp.

“It was good, it was a cool first skate,” Eliot said. “It’s good to get on the ice today and get the nerves out of you. It’s my first camp, so it was enjoyable and cool to be out here and put this gear on.”

The Grosse Pointe native is one of three Michigan natives at the camp in Traverse City, along with Adam Larkin and Tommy Marchin, Eliot’s former teammate with the Muskegon Lumberjacks in 2014-15. Fellow free-agent invite Michael Pastujov was Eliot’s teammate at Honeybaked, as well. 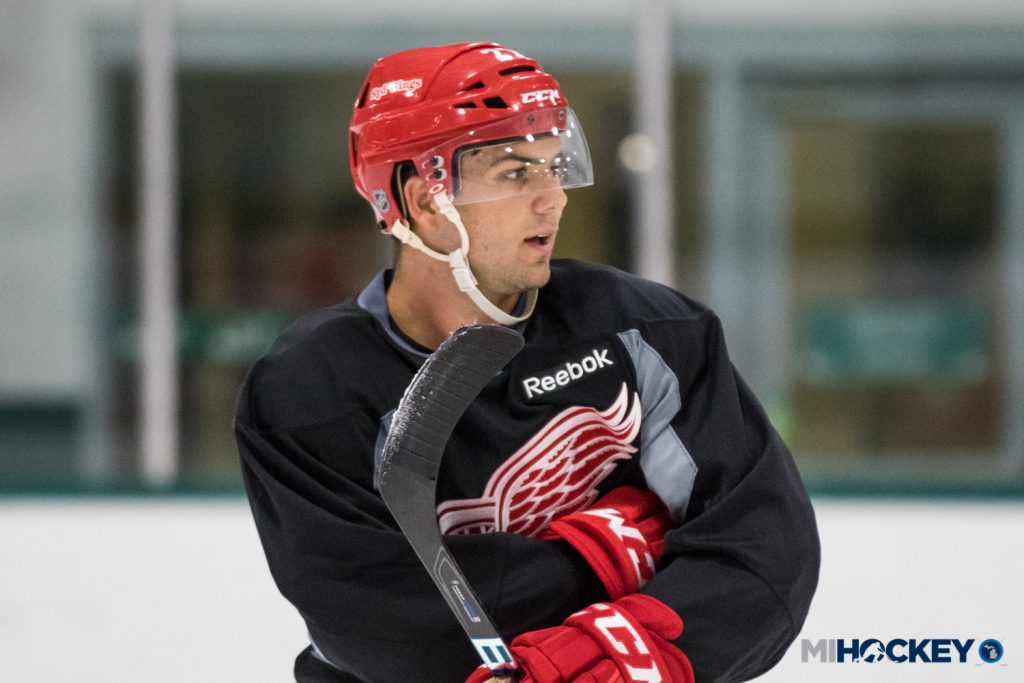 Eliot, entering his sophomore season at Michigan State, said he wants to take in everything from the week-long camp.

“I think just to learn, be a sponge and soak it all in,” he said. “For me, it’s my first camp, so I’m watching everything, kind of out here to just have fun and enjoy it, but most of all just learn as much as I can.”

He’s trying to focus on playing and learning, rather than being distracted by who’s sitting in the stands watching.

“Not so much,” he said when asked if it was nerve-wracking to skate in front of Holland. “That kind of concept has helped me throughout the last few years of my career. You’re not really thinking about that, just trying to learn as much as you can, watch as much as you can and enjoy it.” 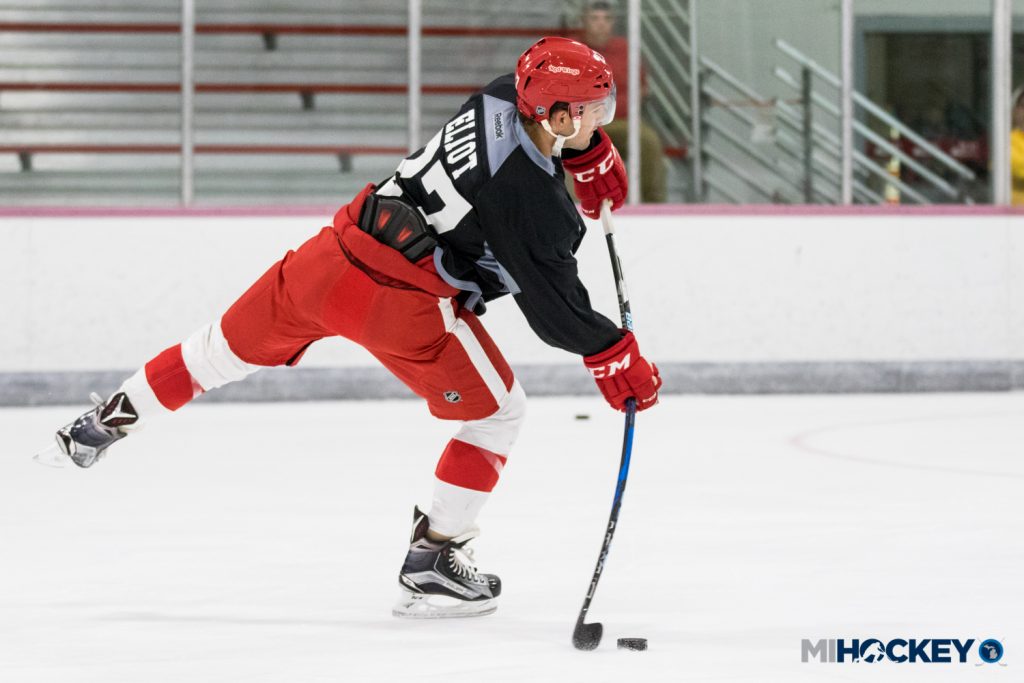 The son of former Red Wings goaltender and Fox Sports Detroit analyst Darren Eliot said he headed to Traverse City with simple advice from his dad.

“Just to enjoy it, learn as much as you can,” Eliot said. “Just take everything with a grain of salt and keep learning, really.”

The 19-year-old blueliner will be trying to take his development camp experience back to East Lansing, where he will be playing for a new coaching staff in 2017-18. The Spartans are set to start a new era under former USA Hockey’s National Team Development Program head coach and MSU product Danton Cole.

“I think the new staff will be fantastic,” Eliot said. “I’m looking forward to learning from them and playing under them next year. For me, as a sophomore, I’m trying to have a bigger role than I did last year. Hopefully we’ll have a little more success than we did last year.”