Total Package Hockey is proud to congratulate Hunter Brzustewicz on his commitment to the University of Michigan.

Considered one of the top defensemen in the 2004 birth-year class, Brzustewicz announced today that he has verbally committed to Mel Pearson and the Wolverines’ hockey program.

“I picked Michigan because it’s a great school and close to home,” Brzustewicz said in a MiHockey.com story. “When I asked people about Michigan, they say everything’s great, nothing bad about it. I just feel at home there and the coaches are awesome – real good guys.

“It’s been my dream school since I was little, when I first stepped onto the ice.”

A student-athlete at the TPH Center of Excellence in Detroit, Brzustewicz has spent the majority of his youth hockey career with Honeybaked, helping his HB squad to multiple state titles and an International Silver Stick championship.

He has spent two years with TPH-Detroit, and Brzustewicz said his experience on and off the ice has helped him develop both as a player and a person.

“I’ve been there for two years now, and TPH has helped me a lot because of all the great coaches there,” Brzustewicz said. “They help us become real men, not just kids, and on the hockey side, their skill work is unbelievable. My shot has improved a lot, my skills, everything all-around – hockey IQ, watching video every day, seeing those players do it, it just makes me want to do it too.”

Congrats to #TPHCoE student-athlete @brzustewicz4 on his commitment to the University of Michigan! #TPHFamily 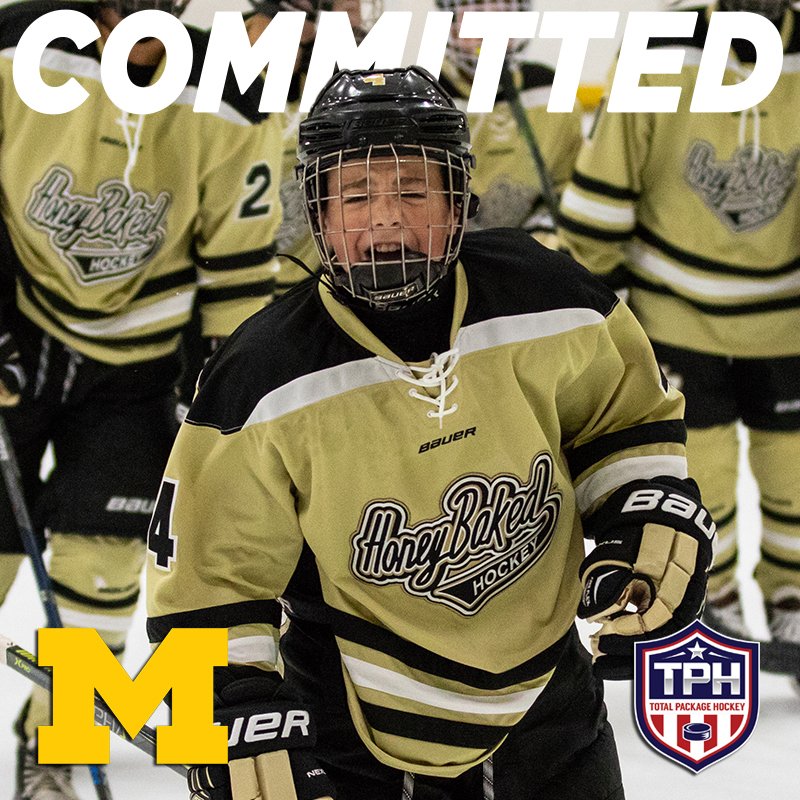