Total Package Hockey is proud to congratulate Bode Wilde on signing his entry-level contract with the New York Islanders.

In doing so, Wilde becomes the first TPH Center of Excellence alum to sign with an NHL franchise.

A Birmingham, Mich., native, Wilde was a second-round pick of the Islanders in the 2018 NHL Draft after concluding his two seasons with USA Hockey’s National Team Development Program.

The 6-foot-2, 192-pound defenseman is in the midst of his first season with the OHL’s Saginaw Spirit; Wilde has 22 points in his first 21 games. 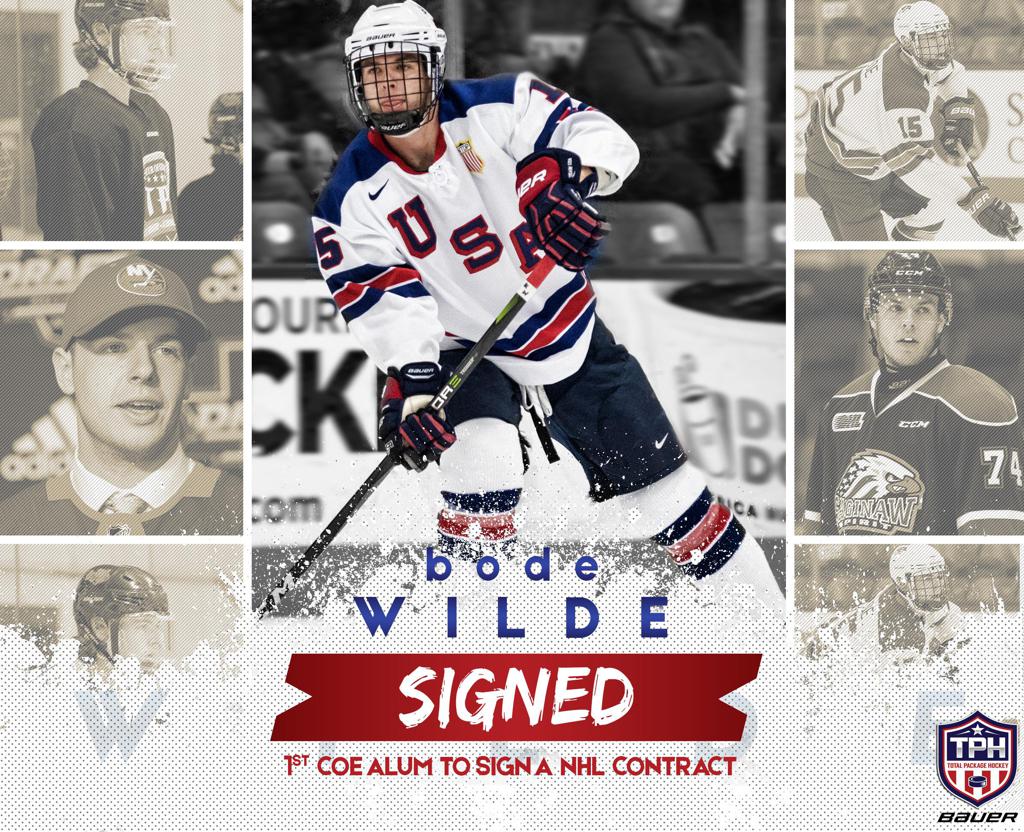