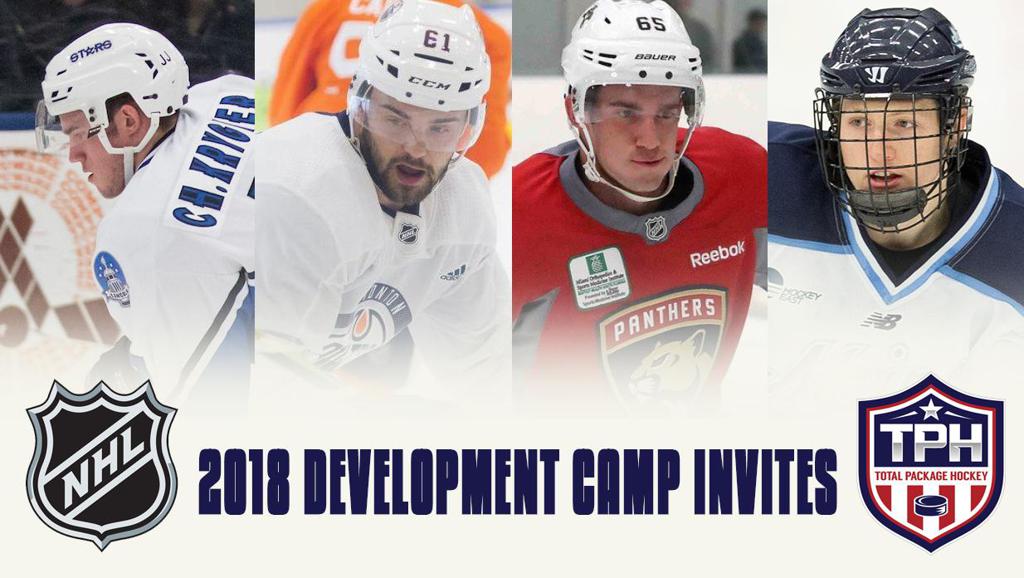 The Total Package Hockey staff is proud to congratulate the 26 #TPHTrained players who have received invitations to 2018 NHL team development camps this summer.

“Whether they were drafted by their respective organizations or they received free-agent invitations, these are prestigious opportunities for these players, and well-earned honors,” said TPH CEO Nathan Bowen. “With these camp invites, they get to compete against some of the best players in the world while receiving elite training and education.  This is why our entire team does what we do – to see young men take another step toward achieving the ultimate dream of playing in the National Hockey League.

“This is also an awesome milestone to reach for all of TPH team members, all of the countless hours our coaches commit and to TPH director of player development Brandon Naurato, who has us on the cutting edge of skill development. He sees the game unlike anyone I have spent time with and spends time everyday researching, trying out and implementing new concepts that all TPH student-athletes can take advantage of.”

The TPH curriculum has been built for dedicated student-athletes who love to compete every day. Naurato, who leads TPH in player development, was invited to assist with the Detroit Red Wings’ development camp, giving him first-hand knowledge of the experience these players are receiving.

“It doesn’t get much better than this for summer training and summer hockey,” Naurato said. “Players are competing for opportunities and spots with organizations, which means it’s top-notch competition for these guys. At the same time, everybody is here to learn and improve and connect; it makes for a unique and fun stretch of time for the players and the staffs at each of these development camps. We’re incredibly proud of the TPH-trained guys who are attending these camps, and we know they’re setting themselves up for even more success.”

The #TPHTrained players at NHL camps: